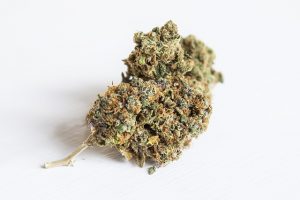 According to the proposal and The Marijuana Regulation and Taxation Act or MRTA, marijuana would be regulated in much the same fashion as alcohol is regulated, according to Cramp Law Firm, an estate planning firm in San Antonio.

According to the bill, individuals could also grow up to six pot plants in their own homes for their own personal use. It’s become clear that the prohibition of marijuana is working just about as well as the prohibition era of alcohol worked.

Regardless of how you look at the situation, it’s not working. Senator Krueger said that the illegal industry of marijuana is alive and well and thriving. If that’s the case, why not change the laws and make it so that it’s legal and allow the states

These laws are branding younger New Yorkers are criminals and creating a cycle that ruins their lives and costs taxpayers money in the court system. According to Senator Krueger, this has created a Civil Rights Disaster.

If marijuana were treated with the same laws that alcohol is treated with, it would save taxpayers, police, and the court systems a lot of time and money and it would keep a lot of innocent New Yorkers from having a serious brand on their names.

This, in turn, could help more New Yorkers to retain their jobs and not have to worry about disclosing a police record when they apply for jobs. If Senator Krueger gets the bill passed, New York could soon join Oregon, Washington, Washington D.C., and Colorado in the realm of legal marijuana.