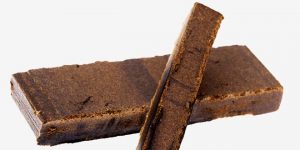 Ever wondered what the difference is between Marijuana and Hashish, also commonly referred to as Hash? There are actually 3 main differences.

Firstly, marijuana is commonly produced from the Hemp plant while Hashish is produced from the Cannabis plants. While these are different species of the same plant, Cannabis has a much higher concentration of THC. THC or Tetrahydrocannbinol, is the chemical contained in both the Hemp and Cannabis plants that is responsible for the psychoactive effects. In other words, it’s the bit that makes you feel high when smoking or consuming the substance.

It mainly works on the brain to release greater amounts of dopamine and other chemicals to achieve the feelings of happiness, contentment, relaxation and euphoria related to these drugs. It also works on the endocannabinoid system in the human body by combining with the receptors to create a great variety of different benefits, most significantly, controlling emotions, slowing reaction time and alleviating pain.

It is important to understand that cannabidiols similar to THC and CBD found in the Cannabis and Hemp plant are naturally produced in the human body in small quantities to fulfill essential functions. The amount of THC contained in these plants overwhelm the endocannabinoid system which results in the feeling of being “high”.

The flowers are also commonly referred to as heads. The female flower will produce seeds if pollination from a male flower occurs. While the seeds can be removed, it is ideal in the production of hashish for no seeds to be present. In some cases, a couple of seeds may appear in a female head even if pollination has not occurred.

The third main difference between Marijuana and Hashish is in the way it is produced. Marijuana production consists basically of dehydrating or drying the different parts of the hemp plant and crushing them to create a tobacco like substance that can be smoked or consumed.

Hashish on the other hand is made from the resin of the Cannabis plant. The female flowers secrete a significant amount of resin when cut or handled. This resin is then collected to form a waxy ball or block that is dark brown or black in appearance. There are a variety of different methods that can be used to extract the maximum amount if resin from the Cannabis plant.

So at the end of the day, it all comes down to concentration. Hashish has a higher concentration of THC than Marijuana and therefore has greater psychoactive effect on the brain.