The laws governing marijuana have begun to relax in the past twenty years, with many states having legalized it for recreational use and even more for medical use. While these state laws have yet to impact the federal stance on pot, it will happen. As a result of this growing legalization, more is known about the plant at a scientific level than ever before recorded in history. 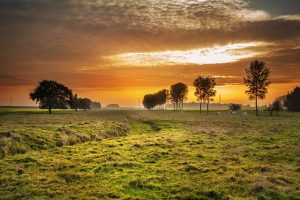 This has led to the development and sale of various products, including different types of weed and ways to ingest it. Most people who have an interest in the marijuana industry have likely heard of CBD though they might not know what it is. If you fall into this group, you can start learning today and make better choices as a result.

The plant itself has multiple cannabinoids, the most well-known being THC. This is the component that gives people the “high” feeling associated with smoking pot. During the study for medical uses of marijuana, it was discovered that this benefit could aid those with excessive mental and emotional disorders to restore a greater sense of calm.

However, scientists also discovered a wide range of other cannabinoids and have been testing to see how they can be of benefit to patients. The most research thus far has gone into CBD studies. Unlike THC, CBD does not get you high. No matter how much you ingest of it alone, you will never get stoned. Likewise, you will not fail a urine analysis if you have CBD in your system.

In order for the federal government to regulate pot, they had to give a clear difference between possession of the hemp plant used for making stuff and a plant designed to get you high. The factor they used was THC. Although it is still very difficult to legally grow hemp in the country, legislation and enforcement is lightening up.

However, any product containing THC is still considered illegal by the federal government. Substances free of THC but containing CBD are legal to consume across the country. There are many benefits associated with CBD use, and countless patients have been able to improve their quality of life thanks to it.

If you suffer from pain and other medical symptoms, you don’t have to relocate to the west coast or one of the other legalized states in order to enjoy the benefits of CBD. There are some great online retailers who sell high-quality products at reasonable prices. Look for one that has good reviews and that provides excellent product descriptions. Ones from most legalized states are subject to third party testing to ensure that the quality matches what is stated on the package.

While there are other cannabinoids in the plant, they have not undergone the same rigorous testing as of yet. But, you can depend on a high quality CBD distributor to provide excellent choices for your medical needs. The more people who learn about it, the better for everyone!