When someone is preparing to go for bone or spinal surgery the doctor may tell the patient that they will need to quit smoking because it inhibits fusion which is necessary after the surgery. Bone Fusion is a surgery that is performed on the spine and in other areas, and the process is similar to welding two bones together. After the surgery, the bones will need to fuse together and smoking can inhibit that. 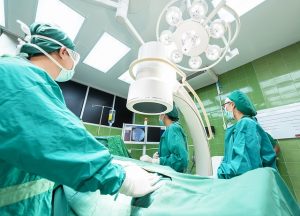 The question that many people have is if tobacco is a problem, then is marijuana okay to smoke. The opinion will differ from person to person, and website to website. There are many people that say that it is the nicotine that inhibits proper fusion and others say it’s the carbon monoxide. The facts support that both of these can cause an issue. The confusing reality is that it causes a problem in a percentage of people but not in everyone. So one person could continue to smoke and they would not have any issues with fusion after the surgery.

Another person who continued smoking would have problems. This can be serious and it could cause the individual to have to repeat the surgery. Repeating such a surgery is definitely something that no one is going to want to do. So it then brings back the question as to whether it’s just tobacco that is a problem or if any smoking is an issue.

Because of the fact that both nicotine and carbon monoxide can cause issues, it means any type of smoking, including marijuana, can cause problems with fusion. Again, you might have a friend that had the surgery who continued to smoke and didn’t have a problem whether it be tobacco or marijuana. But that doesn’t mean that if you smoke either of those products that it won’t cause a problem for you.

How Do You Know If It’ll Be A Problem For You?

The fact is, that there is no definitive way to know what kind of effect it will have on you. It may have a minimal effect or none at all. On the other hand, it might have a significant effect and if your bones fail to fuse properly because you were smoking marijuana or tobacco, then it will mean that you will not heal properly from the surgery and the surgery will likely need to be repeated.

Carbon monoxide which is created when smoking anything, including marijuana, will reduce the fusion that is possible. The reason for this is that carbon monoxide binds faster with the hemoglobin than oxygen does and this means that there is less oxygen in the blood. One of the things that will greatly assist healing after spinal fusion is exercise but the benefits that come from exercising are significantly reduced because the carbon monoxide reduces the amount of oxygenated blood in the body.

So the very thing that will help the healing process after bone surgery is greatly inhibited because of the carbon monoxide that is produced by smoking. Smoking marijuana where and when legal is a personal choice. Deciding if it is worth the risk of having to repeat a difficult surgery is also a personal choice.

For more information, please check out the following video: