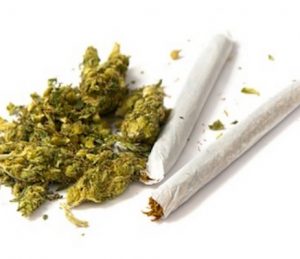 Most of us are probably more inclined to answer this question in one way instead of another, but the reality isn’t as simple as you might think. Because marijuana is so strongly regulated by the government, it can be very difficult to perform the kind of research we’ve done on tobacco, alcohol, and even other substances that people are most likely to abuse or misuse. The general societal consensus, you can visit our website, these days seems to be that weed is healthier than cigarettes, but is that really the case? Here’s a closer look into the few facts we do have.

The University of California at San Francisco conducted one of the largest studies available to date, collecting and compiling information taken from about five thousand people over a period exceeding two decades. These were subjects who smoked in the U.S., so the conclusions and findings may not be relevant for other regions of the globe.

The results in tobacco users were consistent with what we already know: the more you inhale tobacco smoke, the more lung function you’re subject to lose as time goes on. Contrarily, study participants who smoked marijuana actually saw increased lung function. The authors of the study were the first to point out the differences between those who smoke either drug. Tobacco users tend to be more consistent, while marijuana users are more infrequently exposed to their drug of choice.

The authors believe that heavier use of marijuana might also be connected to the loss of lung function, but the data they currently have is inconclusive. We might not have definitive evidence for a long time, too. Because laws are only now transforming the way in which some people get their hands on marijuana, we’ll start to see more and more studies done in order to draw more precise conclusions about the effects of the drug.

It should also be noted that while we definitely know that tobacco use causes cancer, no such link has been discovered in relation to marijuana use. In fact, some research suggests that the cannabinoids present in marijuana smoke inhibitor combat certain forms of cancer. Like other studies, more research needs to be done in order to know for sure.

We do however have sufficient evidence to conclude that using either weed or cigarettes during adolescence can lead to adverse side effects later down the road. We know that short-term side effects include reduced attention span, memory and learning inhibition, and impaired decision-making ability, even though it’s important to recognize that each user reacts to the drug differently. A 2013 study conducted at the University of Barcelona found that adolescent users may be more susceptible to structural brain alterations after long-term use of the drug. Other studies show that this damage could be significantly reduced if kids wait until at least age seventeen.

Although many of these studies seem to conflict or remain inconclusive, we simply don’t know enough about the adverse effects of long-term marijuana use to say for sure that weed is healthier than cigarettes. However, it is likely that the impact of casual marijuana use is significantly smaller than it is for the casual cigarette smoker.