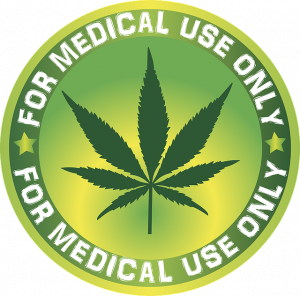 Various states around the country have been on a mission to legalize marijuana. In fact, more than 20 in total have legalized marijuana in some fashion. Along with this, a lot of experts have actually changed their minds on the usage of medical marijuana. While the topic of recreational use might be controversial, a lot of people now agree that medical marijuana usage should be deemed legal. While the benefits of marijuana might be overstated to some degree, there are plenty of benefits associated with marijuana usage. Below, we will be going over some of them.

One of the biggest benefits of marijuana use is its ability to successfully treat glaucoma. This is a disease which increases the pressure in the eyeball which can damage the optic nerve and even cause a complete loss of vision. Marijuana is capable of successfully decreasing the pressure inside of the eye. The drug is able to successfully slow the progression of the disease and even prevent blindness.

2. Help To Reverse Effects Of Tobacco.

Believe it or not, but marijuana has the ability to increase lung capacity and help to reverse the negative and carcinogenic effects of tobacco. There have been studies published from the Journal of the American Medical Association dictating that marijuana does not impact lung function and that it has the ability to in fact increase it which can help to minimize damages associated with long term tobacco usage.

Another benefit associated with marijuana is the ability for it to decrease anxiety in those that have it. Not only can it help to reduce pain but it can also help to improve a smoker’s mood through a decrease in anxiety. With that being said, in some people, it has been shown to actually increase anxiety, particularly at higher doses. Therefore, this might not be a positive effect for everyone.

5. Slow The Progression Of Alzheimers Disease.

Another benefit of this kind of drug is its ability to help slow the overall professional of Alzheimer’s disease. The active chemical found in marijuana known as THC has the unique ability to slow the formation of amyloid plaques by effectively blocking the enzyme located within the brain that actually makes them. These plaques in the brain are what can kill off brain cells and speed up the progression of the disease, to begin with.