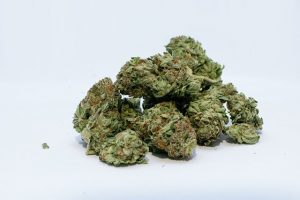 Legalizing marijuana has become a major political issue in many states. In fact, a lot of states have already begun to legalize marijuana. However, there are arguments against legalizing it. After talking with NJ Employment Attorneys, there are several reasons as to why the federal legalization of marijuana can be dangerous.

1. Increased Use Among Adolescents.

While there are no inherent studies that indicate legalizing the drug will lead to more widespread usage, that is likely due to the fact that the drug is already heavily used among adolescents, to begin with. In fact, more teens now smoke marijuana than they smoke traditional cigarettes. Because of this, legalizing it can only lead to increased usage due to the drug being easier to obtain. Making marijuana legal would essentially provide much easier access to teenagers which is likely to increase the use among the group as a whole.

One of the major issues associated with legalizing pot stems from the changes that it causes in the user’s brain. While in full-grown adults, this change is temporary, for those that are still in their growth stages, this change could be permanent. There are still additional studies being done to fully grasp the long-term effects on the brain in adolescents, but there are initial results that have shown that marijuana abusers experience significantly decreased dopamine in the brain [1].

While many proponents of the legalization of marijuana continue to spew the false narrative that marijuana is not addictive, the facts dispute them entirely. The brain regularly adapts to any sort of drug. Thus, it does so with marijuana as well. Because of the neural adjustments that occur when someone smokes marijuana regularly, it can lead to tolerance of the said drug. Along with tolerance comes both craving and dependence on the drug. Thus, someone can become addicted to THC and marijuana.

There is a lot of evidence that supports that heavy marijuana use can be associated with an increased risk of mental issues such as developing psychosis.

Overall, there are a lot of different consequences that you can expect with the legalization of pot. While there are benefits that have to be considered, the legalization of the drug does not come without its own share of consequences. These consequences must be fully understood in order to weigh the risk and reward associated with it. A lot of the risks associated with the legalization of the drug are health-related risks. Whereas, a lot of the benefits of legalizing it are economic. However, there is also growing evidence that the states that have legalized it thus far have experienced a significant drop in opioid dependence and use [2]. The subject of legal marijuana is expected to continue to be a hot topic among political parties and the public continues to weigh in on the subject. Ultimately, if you want to fully weigh in on the topic, you will want to do so on your state’s ballot.