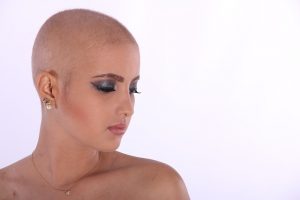 Cancer is a scary word and is a difficult challenge for any person. Even the most “benign” cancer puts a person at risk, and challenges families and friends as well.

Chemotherapy wreaks havoc on the body of a cancer patient. It is designed to attack the cancerous cells, but in the process it zaps the healthy cells as well, creating a lot of difficulty because of the chemicals that course through the body in order to find and subdue the cancers.

Very often, patients come out of a single chemo session feeling very week and nauseous, often leading to some vomiting and sometimes leaving the patient bedridden for days at a time afterward.

While chemo may be an antidote or cancer, patients have often found themselves searching for an antidote to the chemo itself. After all, maybe the patient had cancer but was able to live a semi-normal life, but then after chemo they have their lives disrupted for days. There has to be an answer.

Fortunately, research suggests that a drug which is federally illegal seems to have favorable effects.

Marijuana has been approved for medical reasons in nearly half the states, according to a Dallas, Texas personal injury attorney, despite being considered an illegal substance in federal law. Medical marijuana can be prescribe ed for a number of ailments, and a couple studies have shown that one of the “ailments” can be to support the body as it goes through chemotherapy.

Often after a session of chemo, the body can ache, the patient can lose sleep and feel nausea and be vomiting for several days. But as the chemical in marijuana, THC, has been found to settle some nausea and pains in relation to other illnesses, it has begun to be used to mitigate the symptoms of chemo, and it has been shown (at least with some patients) to be very effective in alleviating nausea, vomiting and pain, not to mention some constipation and other issues that may come with the use of other medications.

There is also some evidence to suggest that cannabis may not only relieve chemo symptoms, but the herb may reduce tumors and may kill cancer cells altogether, though some of that research is still relatively preliminary. There also seems to be questions about how much cannabis is effective and how much is too much.

It is known that cells gain tolerance to THC over time, but it is unknown whether cancerous cells get more or less tolerant, which means it can be difficult if not impossible to prescribe a dose that would be considered “right” without making the patient addicted to the drug or make the cancer situation worse.

Research about cannabis and its effects with various medical conditions is still early, as the states that have approved limited medical uses for marijuana is relatively new (only in the last 10-15 years).

However, there has been some data compiled about the various conditions for which cannabis is prescribed, and research is ongoing in terms of determining the efficacy of marijuana in these various uses and weigh the dangers of its use with the benefits.