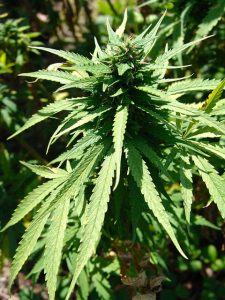 There are few substances anywhere that have as many nicknames as marijuana. Some funny, some meant as code or slang, some of these nicknames have a very clear history while there are others where their origin seems much more convoluted or confusing. In some ways, it seems like the reason for so many different nicknames goes hand in hand with the idea that, legal or not, gray area or not, marijuana has always been a strong part of culture and has had plenty of different guises so it could be discussed in the open. One of the main reasons for nicknames is so that people would not be convicted of marijuana drug crimes.

The Really Common Ones

There are some nicknames that are so common that they are often seen as more as synonyms than actual nicknames. Even if you’ve never come close to smoking, you have almost certainly heard names like Mary Jane, weed, or grass. They are simple and basic names but they are nicknames that have all but certainly become permanent slang for marijuana.

There are many other slang terms that are still used and widely used but have also aged over time. While they’re not quite the level of the classic “everyone knows and sometimes uses these nicknames” like in the section above. Some of these were huge from a very specific time period and never died off, some are attached to a cultural movement (unsurprisingly, many nicknames for weed came from Jazz, Reggae music, and other musical ages), and others, who knows?

Some good weed nicknames just don’t want to die. A few examples of this would be Ganja, herb, doobie (Doobie Brothers certainly have helped that one stay relevant), and reefer (the re-resurgence of “Reefer Madness” helped this one re-boot, as well). These are names that most people will recognize, and all of them indicate a certain type of cultural reference which shows just how widespread the creative influence of marijuana has been.

While doobie, reefer, and Ganja are still well recognized nicknames of marijuana, they’re also
from a very particular time and can be a bit dated. Each generation is also going to come up with its own slang for marijuana and just as many of the others in this article have been tied to music like rock n’ roll (doobie), reggae (Ganja), or jazz (reefer), rap music and the various sub-genres have had a major influence on rolling out newer slang for pot.

Are They Really Going Green?

There are many different nicknames for pot that are all about green veggies or jokes off having a “garden.” Green, oregano, cabbage, asparagus, and broccoli are all nicknames that have been used to refer to marijuana and they all follow a really obvious pattern here. It’s green, it’s from a garden, so what’s not to like about that connection? There’s no doubt that slang like this in some way will always be in vogue.