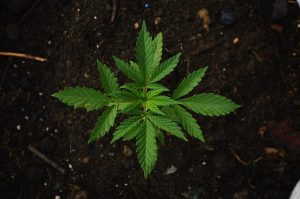 Controversy has surrounded the effects of marijuana, both under recreational use as well as medical benefits, for years. Ever since California passed legislation to legalize medical marijuana in 1996, the fluctuations in marijuana legalization have been more and more turbulent. Since that point, 29 states and the District of Columbia have approved legislation to legalize marijuana for medical (as well as 8 states and the District of Columbia having approved legislation for legal recreational use). But, now it appears the Federal government has begun to take steps in attempting to reverse certain legislature that protected medical marijuana under state law.

Having gone by a few different names, the legislation was introduced as the Hinchey-Rohrabacher Amendment, and its initial purpose was to set a precedent of separation of power regarding medical marijuana laws in individual states, which would also subsequently free up portions of the Federal budget from prosecuting individuals who were charged with possession and use of marijuana for medical purposes. The bill passed into law in 2014 after six failed attempts through the House of Representatives, but due to Federal laws that still maintain marijuana as an illegal substance, the “law” of the amendment is required to pass through the House every year to keep it in effect for the applicable states.

Due to the legislative disagreement between state and Federal powers and the fact that this amendment needs to be reinforced on an annual basis, the most recent administration has attempted to take it upon itself to override the amendment and thereby forcefully altering the laws set into place by the 29 states (as well as the District of Columbia) who implemented it.

Needless to say, the reversal of this legislation and the nullification of medical marijuana laws already in place in those states would also expose businesses and individuals to Federal prosecution under pre-existing laws which still rendered marijuana illegal, regardless of its intended purpose. This poses an obvious logistical problem, considering more than half of the nation has legalized marijuana for medical purposes, and patients who use medical marijuana on any regular basis has been on the rise.

Attorney General Jeff Sessions had spear-headed the effort to reverse these laws, and he has argued that Americans should work to change the laws if they aren’t in favor of them. Though, there are some who argue that Sessions’ attempts to turn over state laws in this manner may be a violation of the Tenth Amendment, which assures that powers not specifically delegated to the Federal government and simultaneously not prohibited from state governments will defer to the state level or to the people. The Amendment was set to expire on September 30 and be resubmitted for its annual review.