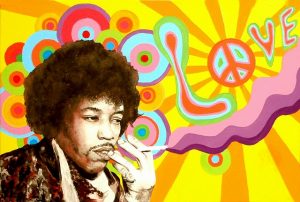 Cannabis is a plant that is mostly known for its use as the drug marijuana. However, Cannabis has been used by humans for thousands of years before it turned into a recreational drug.

The first known use of cannabis dates all the way back to ancient times as far back as 8,000 BCE. In what is now modern-day Taiwan, hemp cord was found in pottery. Discovering hemp being used this early in civilization can be used as an argument for the cannabis plant is one of the first agricultural crops. From 6,000 BCE to 4,000 BCE records show that Cannabis seeds were used in food in China and hemp were being used as textiles.

Medical marijuana is also not a new concept. As early as 2,737 BCE, Emperor Shen Neng of China recorded the first use of cannabis as a medicine. Also during this time in the Ancient Hindu texts, Bhang (dried cannabis leaves, stems, and seeds) is mentioned as a form of medicine and offering to the divine figure Shiva.

In 500 BCE, we see the cannabis plant spreading throughout the world making appearances in Russia and Europe by a nomadic tribe called the Scythians from Siberia. Herodotus in his The Histories written in 430 BC writes how Cannabis was introduced by the Sycthians. Cannabis plants were still being used as a medicine and hemp was still being used as a textile and to make rope. And around 100 BCE, hemp paper was being produced in China.

The first instance of cannabis as a drug or psychotropic came between 100 – 0 BCE in China from Pen Ts’ao Ching. Once we enter the common era, cannabis is mentioned much frequently in written texts about its medical and drug properties. Pliny the Elder’s The Natural History mentions marijuana’s analgesic effects around 23 CE. Plutarch mentions how the Thracians are using marijuana has an intoxicant in 47 CE. Discorides listed marijuana in his book Pharmacopoeia in 70CE. The Greek physician Galen prescribes marijuana in 130 CE.

Around 1000 CE, hashish or cannabis resin grows in popularity throughout Asia as an edible. Meanwhile during this time hemp rope was making its way through Europe and up to the Vikings in Iceland and onto Italian Ships in Italy.

And while this is just from 10,000 BCE to 1,000 CE the use of cannabis grows tremendously.  For more information, we encourage you to visit our website.