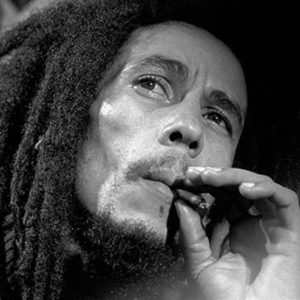 Let’s be honest: weed and famous musicians have often gone hand in hand. Over the decades and seeing how so many creatives have used Marijuana in the past or while doing their art, it should come as no surprise that
there are many songs that have been all about the Mary Jane. Here is a short list across multiple genres of some of the best songs ever written about weed, that you can listen to driving while high, in chronological order:

“Reefer Man” by Cab Calloway (1932)
Going way back to the old blues legends for this one, Cab Calloway sang all about the Reefer Man even in his white tuxedo and big house hand. This is one of the way back classics and definitely could be considered the grandfather or great grandfather of the major weed songs.

“Rainy Day Women #12 & 35” by Bob Dylan (1966)
From the incredibly unorganized and chaotic beginning to the constant laughing and lilting lyrics, it seems only appropriate that Dylan’s anthem to weed with the refrain “Everybody must get stoned” would have a nonsense title. While this isn’t a song that is going to win points for melody, it’s an early joyous song celebrating marijuana and the humorous feelings it brings about.

“The Joker” by The Steve Miller Band (1973)
The song is all about smoking weed and this early 1970s song is the Steve Miller jam everyone knows, and just like he says in the song: he’s a joker, a smoker, a midnight toker. What more could you ask for? Maybe the straight out “coolest” song about dope out there.

“I Wanna Get High” by Cypress Hill (1993)
Cypress Hill made their mark on hip hop and were extremely known for their love of weed even before this song, but as the leading track to their second album, “I Wanna Get High” gets right to the point and blends a strange combination of hip-hop, funk, and sinister background sirens into a combination that makes for a great early urban song on marijuana.

“You Don’t Know How It Feels” by Tom Petty (1994)
There was no way to have this list without a Tom Petty song. While “Mary Jane’s Last Dance” is another obvious choice, kind of too obvious. This song was an amazing piece of work and among Petty’s best, not only talking about marijuana but the topic of aging, of the old party-goers, still fighting the clock, and the refrain says it best: get to the point and roll another joint. This is one!

“How High” by Redman and Method Man (1999)
These two huge early rap stars collaborated on an album that was all about the love they had for bud and this song was the headline from that album. Such a popular song that it even earned them roles in a movie of the same name, this song definitely belongs in the anthem of top pot songs.

“Because I Got High” by Afroman (2000)
The first song that jumps into many people’s heads when you talk about top marijuana songs, and still an extremely popular karaoke choice, “Because I Got High” was absolutely huge. Jay and Silent Bob appeared in the video at their height as pop culture icons, the lyrics were catchy and hilarious, and even Howard Stern spun this song on a regular basis. Unique one of a kind song and there’s a reason it has remained as popular as it has over the years.

“Weed With Willie” by Toby Keith (2003)
Yes, even a country song gets in on this list, which goes to show you how deep weed is in the culture. A hilarious shocking track that was completely unexpected from Toby Keith this story song of getting destroyed by Willie Nelson’s legendary weed was odd, hilarious, and celebratory in a way that has allowed it to earn its place on this list.

If this is not enough to get your weed song fill, then check out this list by our friends at Watch Mojo: