If you have been smoking marijuana for quite some time, you have probably heard the term cross joint. It is likely that you have used one of these before. If you are not a marijuana user, or if you have just started, this term might be foreign to you. It is a way of creating a marijuana joint that can be used by three people simultaneously. It is actually in the shape of a cross, and that is where it gets its name. There are benefits to making joints in this manner, plus it can provide a way to socially connect with others that are in your group. At the very least, it’s something that you should try once if you do smoke marijuana regularly. 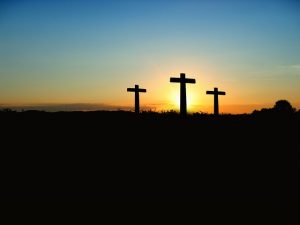 What Is A Cross Joint?

As mentioned above, this is a joint which is in the shape of a cross. As you can probably guess, this must be made using two separate joints. There is going to be one that is much larger, and one that is smaller, in order to make this possible. The larger joint should be at least twice as large as the smaller joint, or you will not be able to create the cross. Once you have made both of them, you will then use a paperclip to poke a hole above the middle point of the larger joint. You will then wiggle the paperclip around, removing any excess marijuana that is in the way. Once this is cleared, it should be large enough to stick the smaller joint through. Before you do that, however, you also need to poke a hole in the exact center of the smaller joint in order to allow air to pass through. Once the smaller joint is inserted, make sure that the holes of the smaller joint are pointing toward the front and back of the larger joint. You will then take the gum strip that is on the joint paper to wrap around the center, completing the cross joint.

How Do You Use A Cross Joint?

A cross joint is used by three people, preferably having a minimum of two lighters. In most cases, people will be inhaling simultaneously, so if you only have one minor, that’s just fine. The end that you light is going to be the end for this from the top of the cross. People will inhale at all three of these ends, and light the only remaining end at the bottom of the cross.

Is There A Benefit To Making A Cross Joint?

The only real benefit to making a cross joint is that it is done for social purposes. If you have two friends that are with you, it’s something you can do together. Another possible benefit is that the size of the larger joint, combined with the smaller joint, can give you quite a hit. Other than that, it simply a novel way to smoke marijuana when you are with a group of people.

Once you have learned how to roll joints effectively, both large and small, you should be able to create a cross joint within minutes. It does take a little bit of practice to make the holes without cutting all the way through the joint accidentally. Other than that, it’s going to be very easy to learn and fun to do with friends.