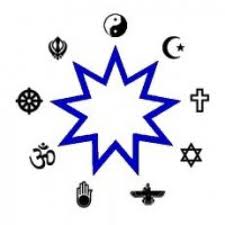 In contemporary society, many of us within the United States are aware of the legal challenges that cannabis (marijuana, pot, weed, etc.) faces in its path toward becoming marketable to the general public. However, while the general public seems to have focused on taking varying stances across the spectrum regarding the use of cannabis, either functionally or recreationally, there are those the world over who, for a great array of reasons – some even quite familiar – formulate their opinions of cannabis and its use in society.

Like many who take up the mantle either for or against the use of cannabis in any capacity, religions around the world either perpetuate its use openly, in limited areas or not at all. Some religions seem more secure in tolerating its use while others strictly forbid its use altogether due to its generally hallucinogenic properties.

Many religions that seem to oppose the use of marijuana do so from the stance of its use in recreation. Several of these same religions also recognize in the modern day that it seems to provide medicinal properties that cannot be easily substituted in regard to its convenience. However, as a general rule, most major religions of the world appear to oppose the use of cannabis as a whole. Catholicism, and Pope Francis specifically, makes mention that, “a reduction in the spread and influence of drug addiction will not be achieved by a liberalization of drug use.” The Orthodox Church in Georgia has actively resisted the legalization of marijuana in its entire country, and Protestantism – while seemingly divided over the issue of medical marijuana – seems to be in general agreement over the discouragement of the use of marijuana as a recreational drug (along with alcohol and tobacco). The Church of Latter-day Saints, like Protestantism, was also known to oppose openly the legalization of marijuana. Islam and most of Judaism alike discourage cannabis as an intoxicant and, therefore, not permitted by their respective laws, although some Orthodox rabbis support the use of medical marijuana as kosher. The Baha’i Faith, which is said to advocate the teachings of several different prominent historical and religious figures, openly resists the use of marijuana as that which sprouts from the “infernal tree” and, according to an excerpt from Abdu’l Bahá, is thought to, “extinguish the mind, freeze the spirit, petrify the soul, waste the body, and leave man frustrated and lost.”

There are some religions, however, that actively prescribe marijuana for its medicinal uses as well as its properties as they pertain to religious and spiritual practices, such as Buddhism, which makes use of cannabis (as well as other plants) in the Mahakala Tantra. Although conflicting accounts exist, Hinduism claims that cannabis is a generally sacred plant, one that either was created by Shiva or sprang from the earth when a drop of “Amrita” (elixir of life) fell to the ground. This high regard of cannabis encourages many Hindus to consume cannabis during various festivals, even despite the fact that cannabis is a generally forbidden substance in Nepal where many Hindus reside. Rastafari practitioners regularly implement cannabis, claiming it is the Tree of Life to which the Bible refers. Although it is not necessary to use cannabis as a Rastafari, many of its practices include cannabis at the fundamental level, including consumption for the sake of cosmic consciousness and to “burn the corruption out of the human heart.” Rastafari even encourages members to rub the ashes from smoked cannabis into the skin.

So, while the reasoning behind the use or misuse of cannabis may be wide ranging among various religions of the world, the general spectrum of opinion in itself seems no less polarized.